Stride has been using Patreon and Github sponsors for a while now. However, in the recent community meeting of october 1st it became apparent that these donation platforms don’t really suit all of our needs. Both Github sponsors and Patreon don’t really show where the money is going. To solve this we have been looking at a different platform that allows us to communicate more openly on our expenses and where money will be spent. After some investigation and various registration and other formalities, we can now say goodbye to Patreon, as Stride will from now use the Open Collective platform.

Open collective is similar to other sponsor platforms, but sticks out in the way it openly displays payments and expenses. Everything about it is open for everyone to see. Through various Tiers, people can sponsor the Stride game engine. Each tier will have its own reward(s). Some tiers for instance will have the reward that users are shown on the stride website as a thank you. This is being worked on. 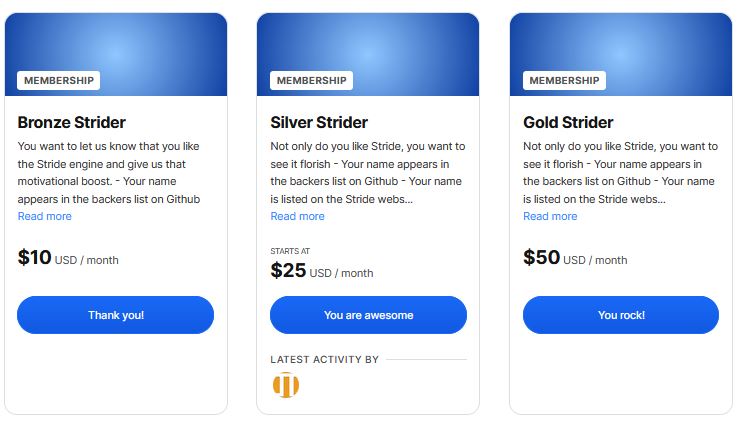 We also needed a good way to deal with payments towards contributors and any tax related activities that come with it. Open collective allows the Stride collective to join a so-called ‘Fiscal host’ which takes care of all of that for us, for a percentage of the money contributed. After some communication and verification on the Stride github repository we are now also officially connected with the Open Source Collective. The Open Source Collective has various open source projects under its wing: WebPack, VueJs, OBS, Babel, Bootstrap and many more.

Every payment made to a contributor will always show up on the Stride’s open collective. A Stride contributor can submit an invoice: for instance the cost of Google accounts or domain names. These invoices can be approved by the Stride contributors team. These are the same people that are active members of the Stride Contributors team on Github. Submitted invoices can be approved at any given time but allocating money for specific projects is done at the end of each month (or beginning). 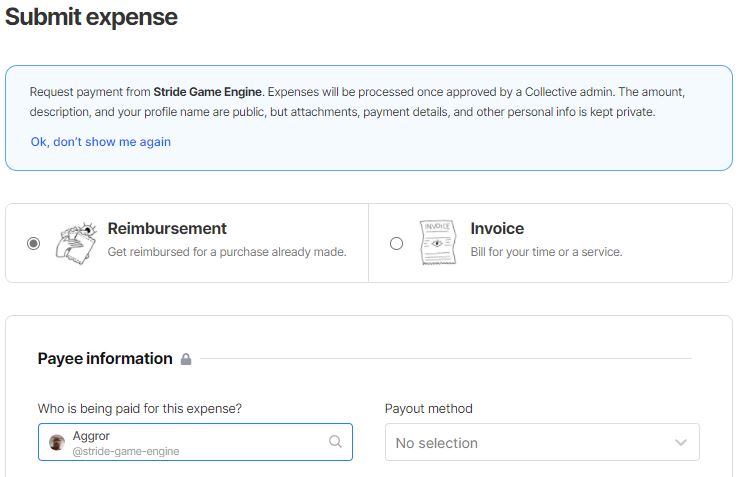 The Stride contributors have the final call where all the collected money will be allocated too. This will be done with the help of Projects. This Open Collective feature acts as a sort of ‘Ledger’ where money can be stored until the time comes to pay the contributor(s) of a project. A project can have its own tiers and goals. Those projects could be all sorts of things: new engine features, research on new technology, high priority bugs or documentation. These kinds of projects will be discussed at community meetings to get the input of the Stride community. Here is an example project. 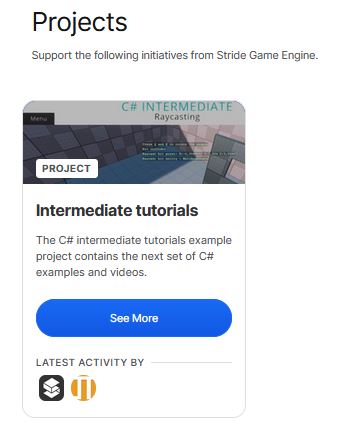 People can also choose to donate to a specific project rather than the Stride collective in general if they want to. So if you only want to see your money being used for a specific cause, you are completely free to do so. You are more than welcome to do both of course. In the image below you can see an example of how money that has been donated to the Stride collective, has been partially allocated to a specific project. 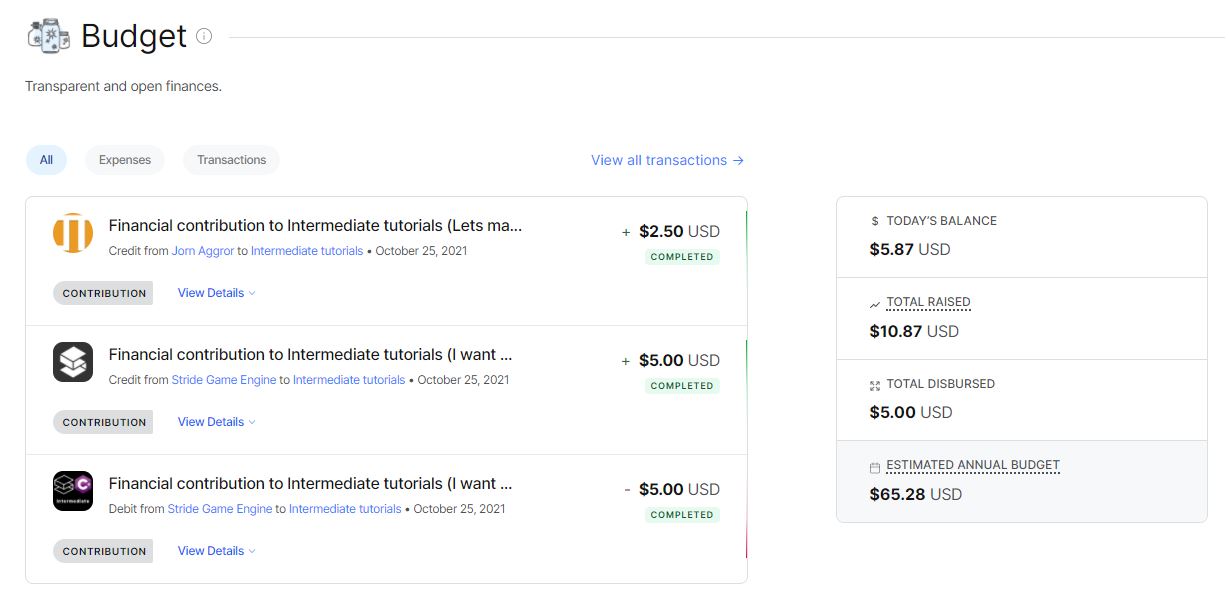 We first want to see how this first month of the new platform goes. At the end of November/beginning December we will hold a new community meeting and we will discuss how things went and how we plan on distributing the donations.

There are also some remaining tasks regarding the Open Collective that will be taken care of in the weeks to come: